As we steadily age ….well, maybe steadily isn’t the best choice of words … making meals becomes a little more difficult, and different too, for several reasons. For example, our aging shows up when it comes to preparing a meal; what we eat changes, and how much we eat decreases. Safety issues, always important in the kitchen, become even important as we and the kitchen age. Things we never worried about when we were younger can become a concern, now that our physical needs and abilities have changed. Let’s take a look at the results of some of those changes, as we cope with the vital need for nourishment.

Of course if money is no object or you don’t mind eating restaurant food all the time, by all means “eat out”!  Then the meal problem is reduced down to (a) managing your bank balance, (b) getting to and from the restaurants of your choice, and perhaps (c) stocking something in the medicine cabinet for an occasional stomach upset.  Eating out certainly reduces to a minimum what we need to buy at the supermarket.  It also gets around the problems of having a messy fridge and issues such as shelf life and expiry dates, so there’s a lot to be said for it.  But not all of us are wealthy enough to live that way.  More importantly, perhaps, we probably wouldn’t eat properly; junk food, fat and high cholesterol foods can be so inviting!  But, today, my mind is on meals made at home; meals made by a couple of old-timers, or one old-timer if you happen to live alone.

Rather than try to tell you what to do – I leave that to the therapists – I’d like to tell you of some of our experiences in this department. Some of them may make you think, some may make you laugh and some may make you groan because you already know better. What follows is a collection of anecdotes, all related to our meals but in a jumbled fashion rather than an A to Z list.

One factor in our own personal equation is that we each have different eating habits. I prefer simple foods with a minimum of creamy stuff, and am quite ready to eat the same old things fairly frequently. Variety is not something I crave; in fact, I am a downright bore when it comes to food. I like the same old brands I used to eat when I lived in England 60+ years ago, and treat all new dishes with suspicion. Butter was banished from my diet decades ago in favour of mayonnaise, meat has been all but eliminated on moral grounds although in this I must admit to being inconsistent; I still eat fish. And having heard that, I’m sure you won’t be surprised when I tell you I eat porridge every morning for breakfast, and rue the fact that I can no longer buy those kippers with all the bones in them! My wife, on the other hand, likes variety and will try anything once. (For her, porridge can be classified as a, “I tried it once” experience.) As a result of our differences in eating habits, the choice of what the next main meal will be can sometimes necessitate delicate negotiations.

When it comes to a question of how much time it should take to prepare a meal, I can’t imagine spending two or three hours preparing a meal that I will scoff in less than fifteen minutes! (I’m a very fast eater!) My contribution to the whole business of making meals is to make my porridge and coffee each morning plus I make a large batch of vegetable soup, bottle it in one litre jars and put them away in our secondary fridge. One batch takes care of my lunch for about ten days plus the odd bowl eaten by my more discriminating mate. For some reason, soup every day doesn’t seem to appeal to her. I do the dishes about fifty per cent of the time, especially when something more exotic has been prepared in the kitchen and the cook has ended up exhausted. Apart from that, I don’t do an awful lot in the kitchen except make coffee, which I invariably forget to take out of the microwave after a warming. I think that happens a lot because I have to focus on not mixing up the time required; it’s one minute to warm the Tim Horton’s coffee mug and five minutes to heat my large cup of vegetable soup. I get them mixed up sometimes, if I’m not paying attention.

Things are quite different, however, in the case of the lady of the house. Breakfast is a complex process involving several ingredients and numerous trips to the fridge, plus a frying pan at times, to produce a tiny dish roughly one third the size of my porridge bowl. It takes even longer to eat, than it does to prepare! On the other hand, lunch is usually a relatively uneventful meal, especially on the days when we both eat my home-made soup. The troubles that do arise are mainly related to preparation of the evening meal.   Anyone who loves variety in their diet loves cookbooks! The more cookbooks the better. They come in a rich variety of recipe collections for quick dishes, fancy dishes, and exotic dishes from far-away lands and cultures. The coloured plate in the book is designed to capture one’s imagination, and practically demand that the plate on the table be just as colourful. Today there is no end to the number of ways in which a simple vegetable or meat can be prepared. Thumbing through a cookbook can cause a would-be chef’s pulse to quicken, creating an urgent urge to cook that ‘something special” for supper tonight! The trouble is, with so many available recipes to choose from, actual meal preparation may not get underway until early afternoon. It all starts out very up-beat, but that enthusiasm wears down a bit as the afternoon progresses. And the preparation! Handling two or three pots on the stove is not as easy as it used to be. I have offered to help on occasion, but have learned that at tense times like these it is better to keep a low profile, but be ready to race to my seat at the table when the dinner gong is sounded. A lot of effort has gone into making everything come together at once, and late arrival at the table is definitely frowned upon!   Even more consideration on my part may be necessary if it hasn’t “all come together at once”. Offering to make the chef a drink helps at times, and it is always a good idea anyway to rave over the meal after a mouthful or two, regardless! This is not a time to express any carefully considered opinions on the cook’s efforts, or to blurt out that you would just as soon have had egg and beans. The cook may be very tired by this time, and tempers can be frayed all around.

Then, we have the question of quantities required. When you and I were younger, we needed more food than we do now. As a result, nowadays we often end up with excessive leftovers because we have cooked enough for yesterday’s appetite. And where do those leftovers go? Into the fridge, of course!   Usually they make another nice meal on the next day, and all is well. But there are times when those leftovers get forgotten, or there was altogether too much food prepared in the first place. That’s when the remains gradually retreat towards the back of the fridge; a fridge that seems harder to keep clean the older we get.

I suppose this whole business of meal preparation would be simpler if we had a paid cook, someone who was younger than each of us and someone who also had Solomon’. But we can’t afford that. It would also be easier if there weren’t so many cookbooks on the market and so many culinary writers stretching their imaginations to come up with recipes that are exciting and different. It would also help if we didn’t age and could still cope as well as we did when we were younger. Well, it would be simpler, it’s true, but that’s just wishful thinking, I guess.

Anyway, I think I have the right answer! It seems to me that this whole meal business could be simplified if we all ate porridge for breakfast and vegetable soup for lunch. Not every day, mind you. I’m not hard over on this, but let’s say five days out of seven. Dinner? Oh well, there’s always egg and beans. Fish sticks are great, too! So are potatoes: boiled, baked, mashed or fried. And you can’t go wrong with a gigantic salad of romaine lettuce with chopped celery, raw onion and carrots. (I throw a can of smoked oysters or mussels into my salads just to give them an exotic touch.) Make enough salad for two days; I hate wasting time making enough for just one meal. And guess what! You can throw all those new-fangled cookbooks out and just use the one from the “forties”. You know the one I mean, “The Woman’s Home Companion“[i]. Plain? Sure, but we eat to live don’t we? I’m always a bit surprised when others don’t see eye to eye with me on this. How about you? You like porridge, right?

Summing it up, I guess you could say I really don’t care for complicated meals. “Simplify” is my motto, especially as one gets older. Luckily, a lot of people out there understand my thinking. You’d be surprised at how many times people have said to me, “You’re really quite simple, aren’t you!” 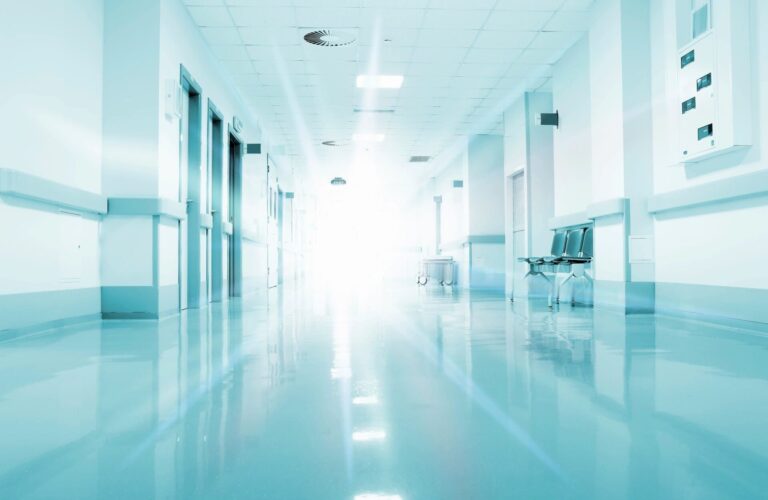 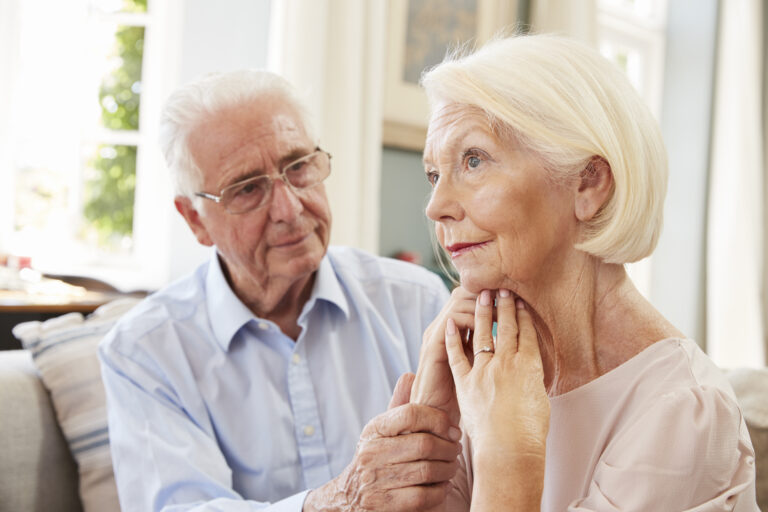 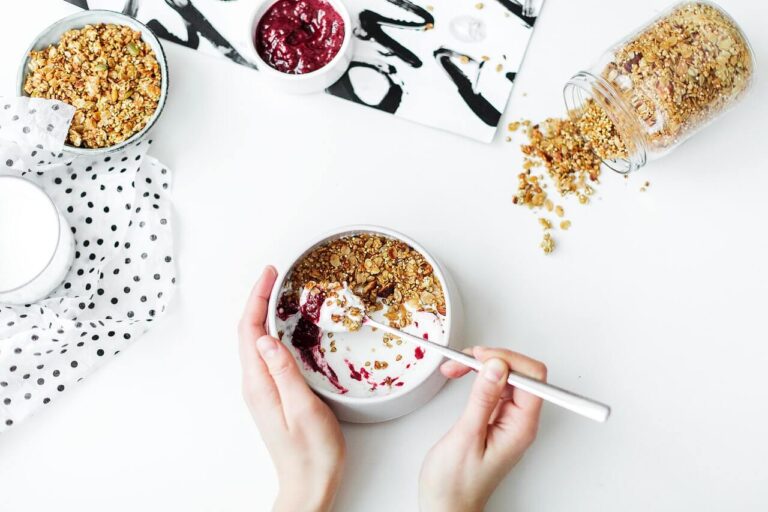